Benefits of US Naturalization 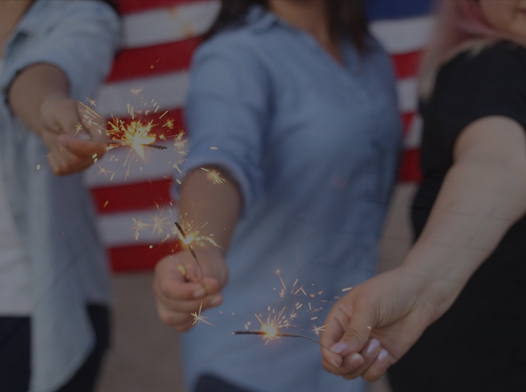 Benefits of US Naturalization

Have you ever considered becoming a US citizen? If you already have a valid visa then it’s an option you might want to consider. One key issue is that there are several benefits of being a US citizen including the following ones:

In the case that your children are born outside of the US, you might want to secure citizenship for them. In the majority of cases, your child automatically becomes a US citizen if your son or daughter is born abroad. There are some exceptions so it’s important to be aware of them. In those situations, you’ll have to take steps so your child becomes a US citizen. However, even in those cases it typically won’t be a difficult process so it’s definitely another reason to become a US citizen that you should consider.

2. Bring family to the US

If you become a US citizen then you’ll generally have priority when you petition to bring immediate family members to the US. This is especially important when people want to join their spouses/children in the US. In that case, it’s always a plus if the process is easier because you’ve already become a US citizen.

It’s important to note that if you’re living/working in the US it will be tough because you won’t be living with your family. However, you can help to deal with the problem more easily if you become a US citizen. The reason is that you’ll generally have priority in trying to get your immediate family members to the US.

3. Travel with US passport

If you travel with US passport it often is easier to secure visas in other countries. Not only that but another major plus is that if you have problems outside the US you can get help from the US government. This is another important issue since there are often cases when you’re in a foreign country and have problems and issues to deal with. In many cases, the US embassy/consulate can provide help so you’ll have help solving the problem(s) you have. US.

There are some exceptions but many elected offices in the US require US citizenship. So you could run for a local or national position.

If you’re a US citizen then you can vote in federal elections that generally take place every two years. In most elections, the US also limits the people who can vote to elections to US citizens. This is an important benefit of being a US citizen.

It’s especially important because there are many countries in the world where people don’t have the right to vote. That’s due to various factors including the form of government. What’s most important is that it’s a critical right that you can enjoy if you become a naturalized US citizen.

The majority of jobs for US government agencies have the requirement of US citizenship. So if you become a citizen you’ll automatically meet that requirement. It’s certainly a plus because such jobs can provide a lot of helpful federal benefits that are certainly worth considering.